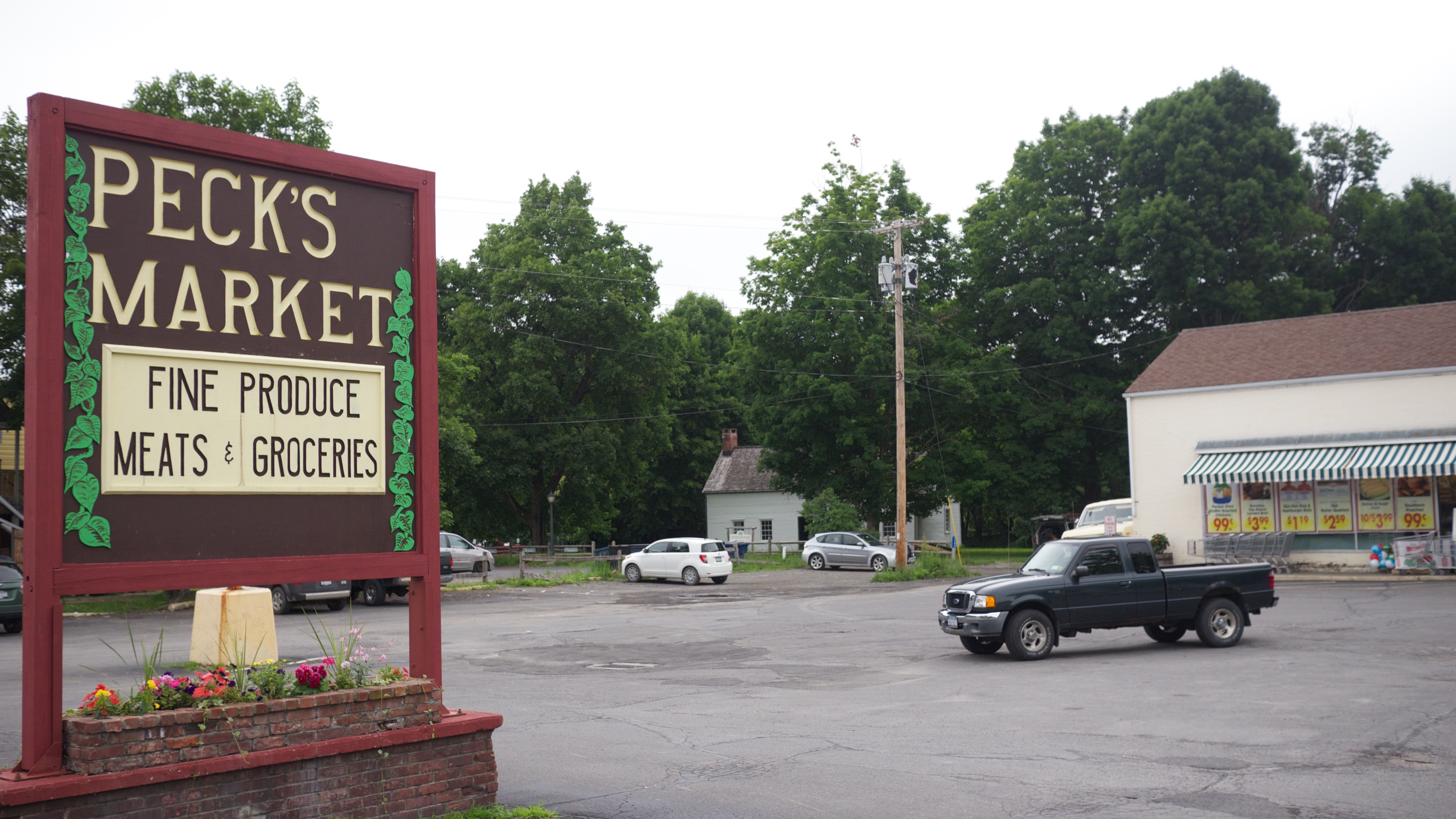 Right in the heart of Pine Plains, behind the bank parking lot and next to the supermarket, an old house is being restored. It is often referred to as “that old house by the bank parking lot” by people who do not remember the name, Louis Graham/Brush House.  I confess that I was, up until I started filming this, one of them.

I knew the mason, Alan Budd, from other work he has done, but this was my first introduction to Bob Hedges, a local master timber framer.  The combination of the restoration of this 1760 house and the two men working on it was compelling; I decided to drop in from time to time and document it for this website.  But once I got started filming I realized that I really wanted to explore the project at more depth through a video diary that would allow me explore the history of the community in which I live.

I came back to find Alan sorting through the pile of original rock that he had taken out of the old  fireplace.  He would, of course, have to replace some of the pieces with new, but there was one very special rock that would be retained: phyllite.   This was a special stone that was used in the rear of the fireplaces (hence called “firebacks”) in that period.  There was an old quarry in the woods right near our house on Bean River Road.

Alan started to assemble the rocks he would use  from new material and what was left from he original fireplace.  Although the techniques and most of the technology was the same as it had been when the house was built, there are now a few modern conveniences for the mason.  While basic techniques have remained pretty much the same since before the industrial revoution, the source of power is new.

This turned out to be a technical visit.  Just when I thought I was understanding the basics of stone-fitting, I saw that a fireplace is a complex blend of different materials and surfaces: the chimney, the firebed and the fireback.  We can see Alan selecting the right rocks for each function.  Again, I was intrigued by the use of phyllite because it is found in the woods just north of us on Bean River Road and while I had heard about it I had never actually seen it.  I am looking forward to finding the deposit and documenting it video. 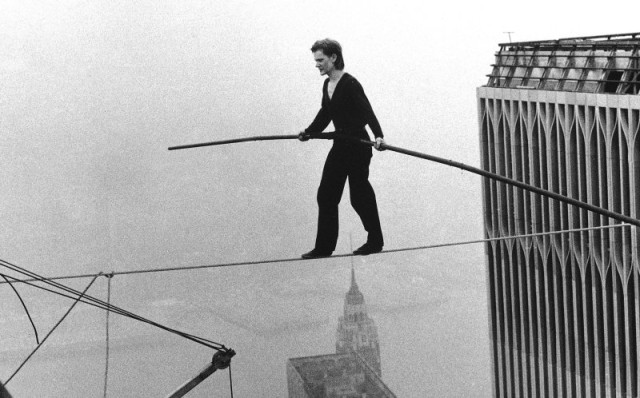 In which we learn what this photo of Philippe Petit, the young Frenchman who crossed between the towers of the World Trade Center in 1974, has to do with the restoration of the 1760’s Louis Graham/Brush house in Pine Plains in 2009.

In which we take a tour of the house and hear the fascinating story of the Graham family.  Told by Scott Chase.

Well, the day-numbering went off track here.  I was sick for over a week and missed some of the progress.  When I got back to the job I heard that there was an exciting development — Alan Budd and Bob Hedges had found that there was an older fireback behind what everyone thought was the original one.  The fireplace was now propped up and braced with timbers and angle iron so that it would not fall down on itself.

Just as I was about to leave for the day, I saw Scott Chase, one of the active volunteers on the restoration project, go down to the basement.  I followed.

Scott’s idea about dendro analysis, or tree ring dating, could also apply to other buildings in our area. There is no end of old houses and barns whose history could be traced through tree ring dating.  There is a program at Cornell University where dendrochronology is practiced and taught. Several projects are set in our local area.  Could an enterprising person make this into a business?

Life, and historic building restoration, is full of surprises!  “New” things were uncovered.

And then an even stranger surprise…

I was now seeing this project in a different light.  It had transformed from restoring a building with an interesting history to exploring the history of a whole community.  The fireplace might be similar to others in existing buildings.  There is a fireplace built with that same phyllite in the nearby  Stissing House.  It might hold some clues.  We’ll have to check it out.

The phyllite was becoming  a lodestone, leading us on explorations.  We wanted to see the source of this rock because it was localized on a hill on Bean River Road on property owned  by my next door neighbor and friend, Tom Allen, who agreed to take us up into his woods one evening to find the outcroppings where it might have been mined more than a couple of hundred years ago.

It would be worth a trip in daylight.

4 thoughts on “That Old House”