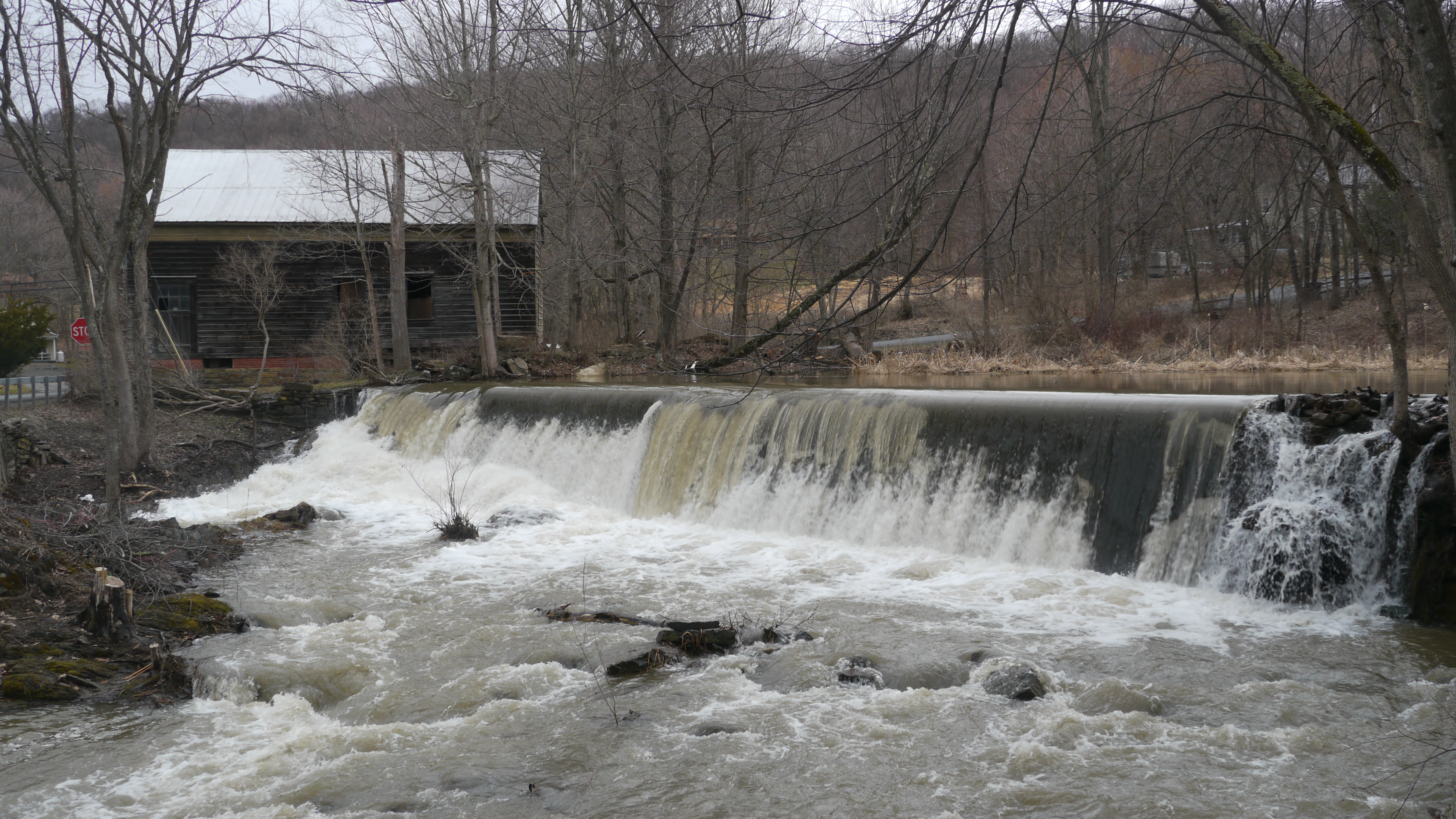 I often drove by an old building on the outskirts of Pine Plains and wondered about what it used to be.  As it was beside a small pond I naturally assumed it was some kind of abandoned water mill.   When I saw some activity going on around it (actually more underneath it) my curiousity got me to pull over.

I got into a conversation with the mason.  He turned out to be an interesting guy as was the whole project he was working on.
They were  shoring up the foundations of this old mill. Looking underneath, I saw that some of the pulleys and belts seemed fairly intact.

I wondered about the rest of the building — was any of the mill equipment still intact?

As is the way of things in a small town, it did not take much to wangle an inviation to take a tour of the interior.  An amazing amount of milling gear was still there and, if not in working order, enough to show how the mill was used.

I brought Bruce Humphries over to go through it with the owner so I could videotape the tour for the sake of some history.  He was the only person I knew who would be familiar enough with the milling equipment and the turbine.  This was the first time Bruce had been in the building!

2 thoughts on “This Old Mill: In Honor and Memory of Bruce Humphries”