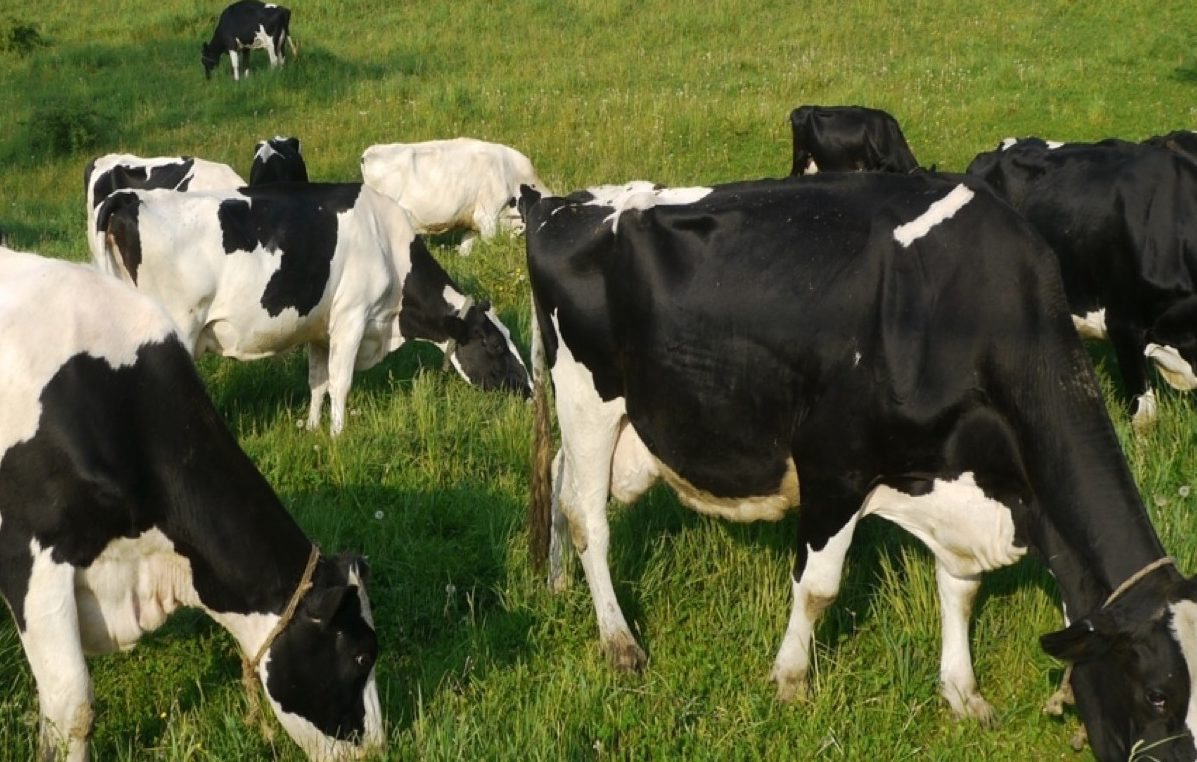 This is about a dairy farmer, Barry Chase, who is about to sell his herd of milking cows. I visited with him and his wife, Rosey, a few days before their herd leaves. First, meet some cows…

Selling a herd is nothing new in our county. It’s been going on for years. Here are the USDA figures for Dutches County.

There were, until fairly recently, dozens of dairy farms in the Pine Plains area. Milk production and processing was the mainstay of the local economy. But now, there are only a handful of farmers still milking. For people who have moved up from the City or are just too young to remember, the familiarity with the way of life of the dairy farmer has passed, too. I hope that this sequence of videos will preserve that way of life if not the farms.

So, the cows are off in the pasture doing what they do to make milk. Eat! And the farmers go off and do what they have to do to feed the cows. Make hay! I’m sure you’ve already noticed something… milk may make strong bones, but milking is really hard on the joints. Dairy farming is, literally, back-breaking work and in the next few pages you’ll see just how hard that work is. Farming entails a lot more than raising crops and animals. It means fixing and repairing machinery and keeping it running…

You’ve all seen silos, those towering cylinders next to the barns. No matter what is inside can get stuck and there is only one way to unstick it.

This really is a family farm. Rosey, a professor at the local community college, does more than just “help out” with the hard work on this very hot day.

“What Makes a Good Cow?”

Barry asked me to take a picture of one of his favorite cows. And it was my chance to get an answer to a question that I have had for a long time: what is the conformation of a good cow?

We chatted a bit about breeding, a very important part of dairy farming because the cows only milk because they have young.

Are there favorites in the herd?

But to Rosey, they are ALL adorable!

It was hot… very hot… None of us could keep our minds off he heat. Barry gave it a “shot,” though.

There is always some job that has been put off and can now be done as a distraction before the truck comes for the herd.

Halters will help move the cows. Might as well put them on now.

It would be one thing to get the cows onto the truck… but once we saw the truck we realized that it was going to be a job just to get the truck onto the farm! It’s called a “pot truck” and you’ll see why very soon. But whatever it’s called, it’s giganormous! I get into enough trouble backing up my 3-horse trailer and this rig can hold 35 cows!

Barry suggested that I take a look at the pot from inside the truck and see it from the cows’ point of view.

Now we were ready to load the cows. But were they ready?

But this is not the end… The County Fair in Rhinebeck, New York. About 500,000 people come to this fair to eat and then have that food just about evacuated from them on rides. They buy things, play games, and have a good time spending money for the benefit of the Dutchess County Agricultural Society for, as it claims, “the promotion of agriculture, horticulture, mechanical and domestic arts, fine arts and allied sciences through education, instruction, display and competition.” Let the video speak for itself…

So, what does this have to do with Barry’s cows or any kind of farming, anyway? Perhaps I’m not being fair (pun intended) because although there are no farmers on display along the Midway, the fair attracts and educates many people for their first and most basic exposure to agriculture. A few years ago, we spent a week showing a couple of our horses at the agricultural tent to let people who obviously had never been up close to a real horse touch and ask questions about them. I overheard a family in earnest (in fact, heated) discussion about whether those cows being milked were “boys” or “girls” or even both. We are talking basic education here! To find any evidence of agriculture, or an animal that is not plush/stuffed, you have to go up to what is almost another fair, up on “The Hill” where the 4-H Clubs compete and show their animals. And it is here, up on The Hill, where you will also meet some folks from Pine Plains.

6 thoughts on “The Family Farm”