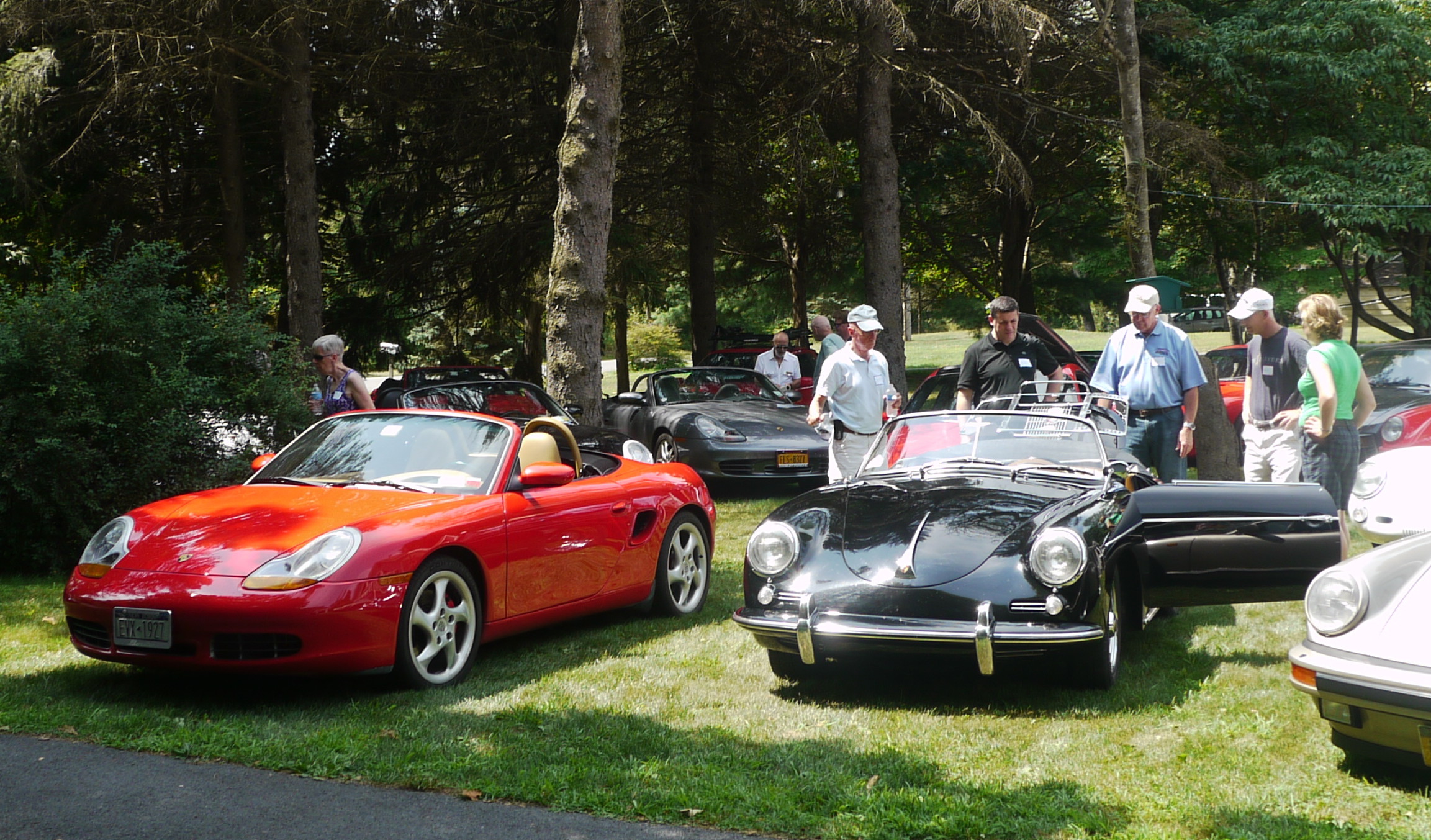 “The real deal…” is how Bill Bartolomeo of Wheels of Time described John Corson to me.

He’s local, alright, right on the edge of town, working out of a two bay garage behind his house.  His work is so well-known in the the not-so-local sports and racing car world that about 25 Porsche owners came for a visit.

It started with just one on a small country road. Then they just kept coming and coming…

By the time they were all parked snug on John’s lawn “There was a 356 Speedster cabriolet and a 550 Spyder replicar which represented the early days of the Porsche mark for both street and track.  A variety of years of the 911 model, a 928 V8, 968 models, and a few late model Boxsters.  The only models missing were 914, 924 and 944.” Thanks to Allen K. Littlefield who sent me this inventory and also coordinated the visit.

Then it was a chance to meet John and see some Ferraris and Porsches and hear some of his war stories.

Thanks to the  Hudson Valley Region of the Porsche Club of America for bringing this much fun to our town.

As for me, I saw some beautiful automobiles and met some really nice people that I hope to see again.  But most of all I have grown a new respect for the knowledge and craftsmanship that went into the restoration of some of these vintage machines by the people who were driving them.

And, as for some of my friends and neighbors in Pine Plains, I hope this answers the question, “What the hell were all those fancy cars doing around town the other day?”